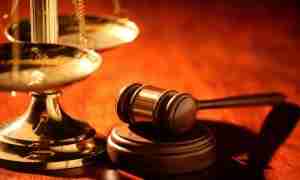 What is an Appeal?

An appeal is a request for relief from a decision of a lower court.  It’s basically asking the Court to overturn a lower court’s ruling, order or finding based upon the fact that the lower court’s decision was in error.  It is important to understand that the Appeal’s Court does not ever present an opportunity to re-try a case simply because you were not satisfied with the outcome.    You chose to proceed with a motion or to a trial and the outcome itself is not an appealable issue.  Instead, the process is designed to attack specific issues based upon the law and the prejudice to the defendant.

During your appeal, the court looks at the identified issue(s), examining the same evidence that was previously examined by the lower court, and determines whether an error was made.  You are not permitted to present new evidence.  The appellate record is compiled and sent to the Court and consists of the transcripts of the lower court proceedings, the lower court pleadings, any exhibits admitted, docket entries and the parties’ briefs.

The appeals process in Massachusetts (and other states as well) is time sensitive.  The issues must be properly preserved and the notices, brief and pleadings must be timely filed (or you may waive your rights of appeal).   The process focuses on a written argument which must be submitted by a given time frame in order for the appeal to move forward.  Because of these deadlines, it is imperative to choose experienced legal counsel upon receiving an adverse ruling or upon notification that the losing party will be pursuing an appeal.

The issue is first argued to the court by your written brief.  You may then be assigned an opportunity to argue the case before a panel of  Appellate Judges. It is important to know that some appeals are decided without ever hearing oral arguments from the attorneys.  Consequently, it is important to engage appellate counsel who demonstrates exceptional legal writing skills.

What Cases Can Be Appealed?

People often think of appellate law as only applying to criminal convictions.  However, civil cases may also have issues that lead to appeal.  Christine is an experienced attorney in both trial and appellate law and she can assist in the following types of practice areas on appeal:

Christine is an experienced lawyer; both at trial and appeals.  She can help if you’ve been convicted at trial.  You have the right to appeal — contact us today for a free consultation of your case.

A useful site to show which courts are “open” for purposes for emergency hearings (& it is updated daily): https://www.mass.gov/info-details/temporary-court-closures-due-to-covid-19

For general information, and a link to each specific court, click here: https://www.mass.gov/guides/court-system-response-to-covid-19

For updated notices regarding the effect of covid19, click here: https://www.nh.gov/covid19/

Am I the right attorney for you?

©2017 The Law Office of Christine G. DeBernardis. Any information contained on this website is for general information purposes only. It is not legal advice, nor is it intended to be. A retained attorney is best able to give you advice on your individual situation. Please be aware that contacting us does not create an attorney-client relationship. Until an attorney client relationship is established, please withhold sending confidential information to us.