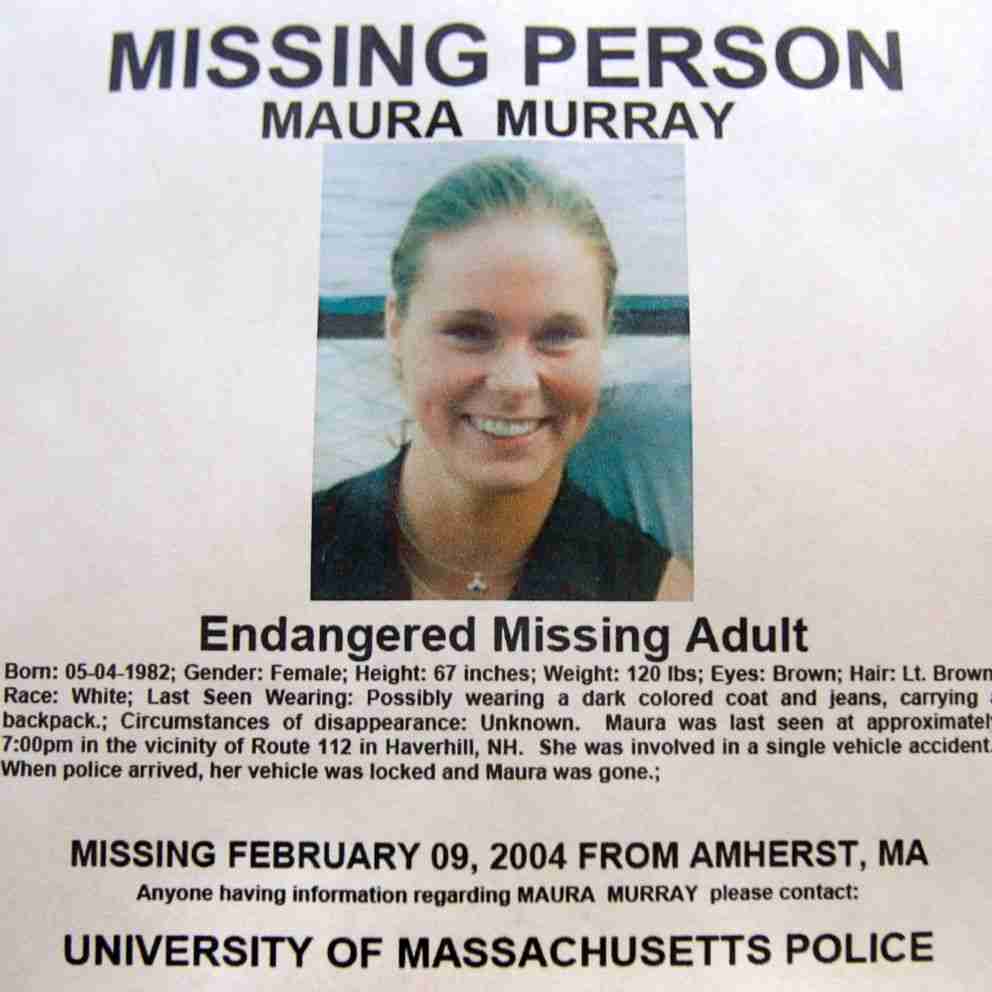 The results of the human bones resulted in no break in Maura’s case.  Unfortunately, it brought no closure for the Murray family and no closure for the person whose bones are there.  Rumors about Maura starting a new life in various areas continue to pop up.  Maybe one day we will all have answers.

Earlier this month, it was reported that construction workers unearthed human bones while working on building out additional gondolas at Loon Mountains Resort in New Hampshire.  (News Link).  There have been many leads, possible sightings and even most recently a batch of communications between someone claiming to be Maura writing to James Renner.  Those are all captured and detailed on his blog.

This case has been a contentious one, with many twists and turns along the way.  For more of those details, you can follow Renner’s blog, do a search for the reddit sub for /mauramurray or follow websleuths.  Many people have their theories and are quite committed to those theories.  Regardless of theories, this new information is the first of its kind according to the Murray family.  Maura’s family has worked tirelessly to find answers, often coming into the crosshairs themselves over the years.

Experts in the field of identification are not providing timelines on when we may have an identification but the wait must be excruciating for her father, sisters and others close to her. As always, if you have a tip, please contact one of the authorities at: Help Find Maura.

For those of you following this case, you are probably aware of Tim & Lance’s podcast, Missing Maura.  For years, the podcast was its own entity.  Over the years, they began highlighting other cases as well.  To learn about Maura’s case, there was the Missing Maura Murray podcast, James Renners’ blog and book, True Crime Addict.  There was also a very active online community.    However, over the years, there has been a shift.  Tim & Lance have now created a new nonprofit organization and are also headlining a podcast entitled simply “missing”.  This allowed them to give “missing Maura Murray” back its own dedicated podcast for the most part.  In addition to this, many of the individual works are integrated with the family’s search efforts and presented together on the Missing Maura website where many things have been centralized.   James Renner still has his blog.  Many others have added Maura’s story to their podcast, adding new attention and hoping to help shine a light.  The Maura Murray case continues to have a huge following with many unanswered questions on blogs, podcasts, reddit, Facebook and more.

As always, if you have a tip, please contact one of the authorities at: Help Find Maura

We told you we would keep you updated on anything related to Maura’s case and we have a bit of information to share.  Bill Rausch was Maura’s boyfriend at the time of her disappearance.  He has long been named in several physical and/or sexual abuse related incidents over the past few years.  Records of these incidents were kept quiet because they were the subject of grand jury proceedings.  However, it is now public knowledge, (indictment here) and no longer simply rumor, that he was indicted and tried for some of the cases.  The transcript of the case has been sealed for now but there are places where you can read about what happened in court in November by those were attended.  There were some mentions of Maura in the trial by the victim according to those who attended.  It remains to be seen whether he will now become a person of interest in Maura’s disappearance.  We will update as we have more.

You can find more details on the following link: Learn More About Missing Maura

For the first time in a very long time, the case had a bit of buzz.  This month, the state police summoned the Murray family to a meeting to discuss their searches under a home in the area close to where Maura had her wreck and went missing.  This area has been the subject of speculation for many years.  The current homeowners allowed police to do a full search of the ground in an area but the search turned up nothing.  State police indicated that searches had been done in this area previously to no avail.  This new police conference gave hope that perhaps Maura had finally been found.  However, that was not the case.  The announcement was made that searches to the home were done again, with permission from the homeowner, and nothing was found.  As always, if you have information regarding Maura’s disappearance or whereabouts, please contact law enforcement.  We will continue to provide updates as we have them.

Most persons who study the case of Maura Murray consider James Renner to be one of the most knowledgeable on her disappearance.  After all he has written a book, a blog and given a number of talks and television appearances dedicated to the subject.  He has spent years researching her disappearance.  Mr. Renner had posted back in October on his blog that he would gladly close down his search and the blog if he received any communications from Maura that she was alive and merely wanted to be left to have a life of her own in peace.

It is odd, then, that on December 31st, James Renner decided to close his blog to focus on other areas of his career.  It leaves us to wonder – did he receive a private communication or did he simply desire to move on? We may never know.  However, it does appear that activity has also ceased on the upcoming documentary as well as results of a site search from a show on the Oxygen channel.  It does seem as if everyone wants to simply stop digging.  It would be wonderful if she is alive somewhere and just needed to get away.

We would like to point out that as of this date, we have yet to see any charges materialize against her former boyfriend from the alleged indictments that were called out on the various blogs and docu-series.  It is not to say that they do not exist – just that we have not been able to locate any arrests against Bill Rausch.

The case of Maura Murray continues to perplex and sadden.  There are now many theories about what may have happened to Maura on that cold night back in 2004.  Here are some of the most widely discussed ones:

Over the past few months, there has been some movement on the Maura Murray case.  Believing there to be evidence of foul play near the crash site, private searches have begun using ground penetrating tools.  Soil samples have been sent to test for human remains.   To date, there have been no published results.

As always, we will continue to update with anything significant.

If you know anything about Maura’s disappearance, please contact law enforcement.

As we continue to follow the disappearance of Maura Murray, who vanished in 2004 from New Hampshire, we see that a couple of interesting things have surfaced.

First, the case was followed extensively and documented heavily by a writer named James Renner.  He wrote a book as well as a blog detailing his self proclaimed “addiction” to this case.  That blog has now been removed.  Back in May he had posted that due to the nasty comments he and his family had received over the years regarding his work on this case, it was time to remove the blog entirely.  Simply blocking posts was not enough.  His theory had evolved to a point where he believed that Maura was alive and had fled to live out her life elsewhere, for reasons of her own or died shortly after.

Secondly, there was a panel discussion during this year’s CrimeCon which featured a podcast and the blog to showcase the work that each have been doing to bring conclusion to this case.  It appears there will be more activity to the case in the form of some live documentaries in Somerville, Ma beginning June 24, 2018.  You can learn more at the link here: http://www.mauramurraydoc.com

Finally, there were allegations that Maura’s boyfriend at the time of her disappearance was recently fired from his job and has been charged with a number of sexual assaults against women.  There were a number of people, especially on the blogs, news shows and certainly the police, who checked out his possible involvement into her disappearance at the time.  He was cleared completely and we are unable to find any charges against him involving Maura.  In fact, although many statements have been reported by Renner, on several blogs (Reddit) and a docuseries, these are allegations.  We are unable to locate where any indictments, (if true), resulted in arrests.   We will keep you updated.

If you know anything about her disappearance, please contact law enforcement.

There are far too many missing persons cases throughout the world.  This case caught our eye because it is close to home, has a number of very strange twists and turns and has recently been in the news again.  It is still unresolved and this young woman is still missing with a number of wild theories about what actually happened to her.  As you read more about Maura Murray, consider the points that we felt made this worth highlighting:

We will update this case as more information comes to light.