Legal Lessons From a Mistress 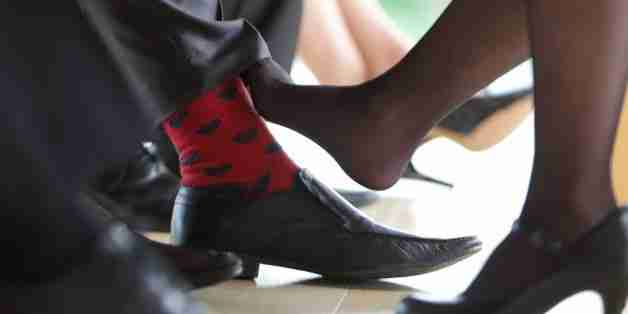 The following is from someone who asked to share her story so others could learn from her Legal Lessons From a Mistress. Several years ago I went through a nasty divorce after 17 years of marriage.  At the end of it, I vowed never to allow myself to fall for another man.   Because of that, I went back to school, got certified as an x-ray technician and focused on my career.   I dated off and on but kept myself at arm’s length.  At some point, I met a doctor who worked at the same hospital where I worked and we became good friends. He was married but I still allowed our friendship to drift into an affair and refused to consider his wife or kids.  I told myself that this was a safe relationship because it was fun and there would be nothing serious here.  I was still so angry and bitter from my previous relationship that I was only thinking of myself.

Too Good to Be True

Frank and I had a set schedule of days or evenings when we saw one another.   Every Saturday we played tennis together and then went back to our pre-arranged meeting place.  We began to discuss how we felt for one another in spite of my promise to myself that I was just in this relationship for “fun”.  At some point, Frank told me he had never cheated on his wife in the past and that I was special.  He wanted “us” to become more than an “affair”.

I had to admit that I loved hearing how Frank felt about me.  I too, had become emotionally involved in our relationship.  We had decided to take a weekend trip.  We set up the “cover” story and made our plans.  However, the Saturday, we were scheduled to leave, I went to the normal meeting place and he did not show up.  I received no text, no phone call or message.  When I tried to contact him, the number went to voicemail.  The following week at work, he was not there.  When I inquired about him, I was told that he was on vacation, that apparently he had told everyone but me about.  Kicking myself for being so foolish, I went back to my daily routine and vowed “never again”.

The next evening, I had just settled in at home when someone knocked on my door.  It was the Sheriff’s office, serving me with a Complaint.  I was now a named party in Frank’s divorce case.  Frank’s wife had filed for divorce on the grounds of adultery.  She was naming me as the co-respondent in the lawsuit!*

Not only was I forced to face his family with this situation, I was forced to face our co-workers who quickly found out about my embarrassing behavior through the grapevine. I had to sit across from his wife during a deposition, looking her in the eyes and answer some of the most intimate questions I have ever had put to me.

It was clear that we had not been so discreet with our affair.  She had suspected it from information she received from one of our co-workers. She took her time to gather a great deal of evidence to be 100% sure.  The icing on the cake was that they had evidence of us entering hotels and leaving just hours later that they paired with detailed text messages describing those interludes.  She hired an attorney and followed her attorney’s advice every step of the way, making sure she had the evidence she needed. I had to use every bit of money I had saved to hire an experienced attorney to help dig me out of the hole I had put myself into.   I could not believe what my attorney was telling me.  His wife had copies of our emails, phone and text records and photos of our meetings; nearly a year’s worth of all of this filled a box.

One thing my attorney advised me was that I could well have had to go to trial during Frank’s divorce and testify!

I looked at Frank and he refused to look at me.  The man who had claimed to love me was now begging and pleading with his wife not to go through with the divorce and to forgive him for this affair.  His words cut me to the core.  Right in front of me he was saying things like “She meant nothing.  Please, I will get help.”  I also learned that I was just one of a long list of women he had slept with over the years and his wife had enough.

Fortunately, I hired an experienced lawyer who knew the law and the courts.

My attorney was able to shelter me as best she could from the case.  At least I felt protected as they displayed my relationship and intimacies throughout the case.  And thank goodness, their case settled and I did not have to testify at trial.  I did lose my job due to the “embarrassment” it caused the hospital when the rumor mill began because Frank had been served his divorce papers at work.

First and foremost, do not have an affair with anyone who is married, engaged or otherwise committed to another person.  There are too many other fish in the sea.  Find one of your own.  One thing my attorney advised me was that I could well have had to go to trial during Frank’s divorce and testify. Fortunately, I hired an experienced lawyer who knew the law and the courts.

If you find yourself in a situation needing legal expertise, make sure you get an attorney that knows the law AND the court system in your area.  Had my attorney not known the law in this case, I believe I would have suffered far more consequence than I did.  If she had not been there to protect me,  it would have felt worse.

Most importantly if she had not known the procedures of the court in our area, (something that is often taken for granted), critical deadlines most likely would have been missed, causing me time and money.

If you need legal advice or counsel, contact me here to schedule a free consultation today to discuss your case and decide if I am the person you want on your side.

*A Co-Respondent is a person charged with misconduct with the petitioner’s spouse. In some cases, the petitioner is naming the person for costs or some other reason.  A party can be named a co-respondent in a Petition for Divorce filed in New Hampshire.