Making an Appeal in Massachusetts 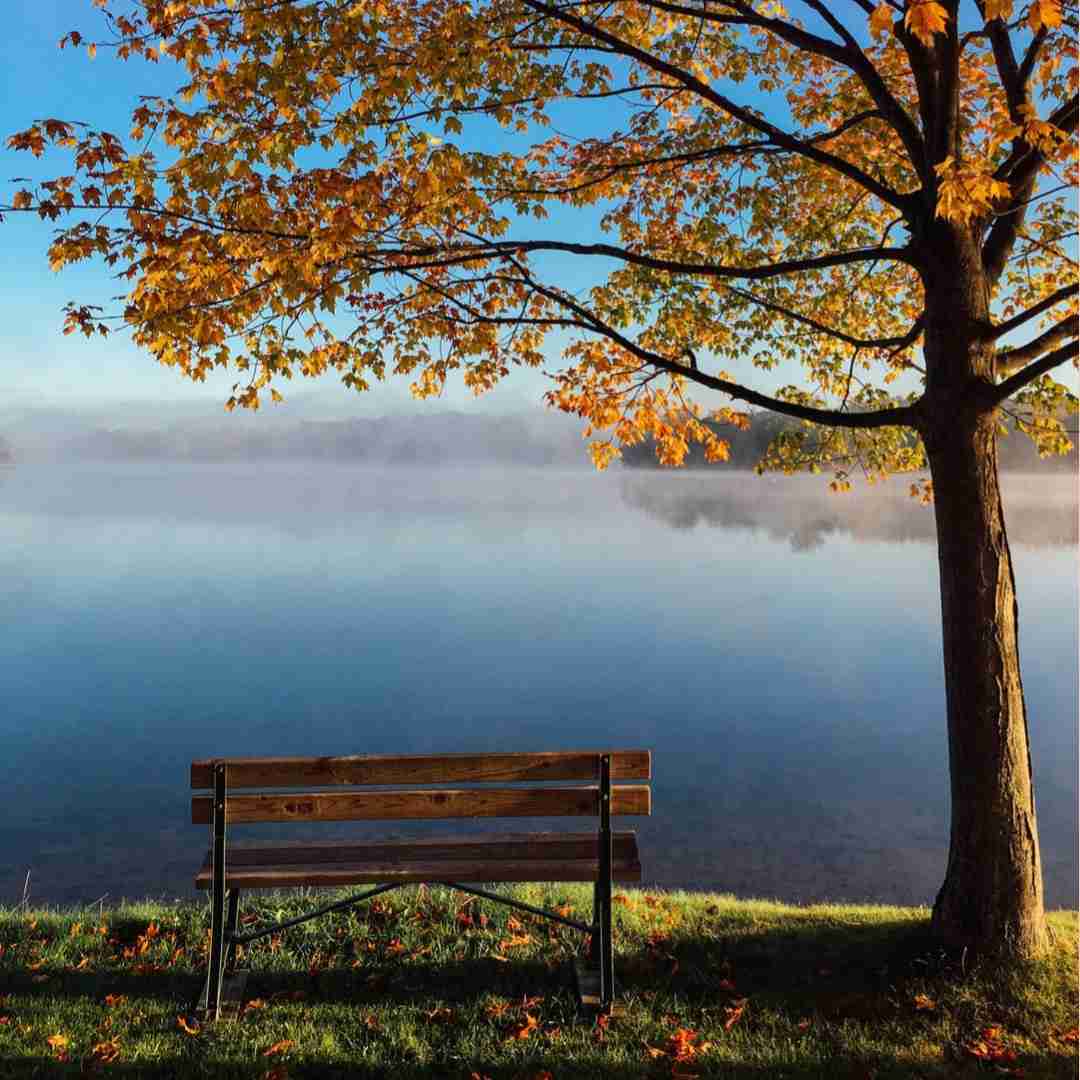 Update: In recent news, Avery’s attorneys have submitted a number of appeals documents.  Several of these have been denied, however it appears one or more of these are still winding their ways up through the Appeals Courts.  Brandan Dassey, however, may have exhausted all of his appeals.  He has appealed to the current Governor for clemency but that was also refused.  There are still talks about Making a Murderer Part 3, which is rumored to name who many believe to be the “real killer”.  We will keep you updated as more news becomes available.
If you have Netflix, Facebook or even see the news, you have probably heard about the show “Making a Murderer”.  It is a Netflix documentary about the conviction of two men, Steven Avery and Brendan Dassey, from Wisconsin, who were convicted for the murder of Teresa Halbach.  It has become a highly publicized case for many reasons but it started because of the documentary.  While the documentary was probably created with entertainment in mind, it’s become significant to the legal community for several reasons.  First, there is the question of whether one or both of the defendants were wrongfully convicted.  Second, there are issues relating to possible misconduct by the State’s office during the murder investigation.  For appellate reasons, there are questions about the  evidence, which is the focus of our article, Making an Appeal in Massachusetts.  We are going to take a look at how the appeal of Steven Avery may have played out if his conviction had taken place in Massachusetts.

In order to fully understand this situation, you must know some of the details of Avery’s story.  Steven Avery was previously convicted for the rape of a woman and spent a number of years in prison, always claiming his innocence in the crime.  After serving 18 years of his 20 year sentence, evidence came to light that another person really did commit that crime and Avery was exonerated by DNA.  Having just been set free, he filed suit for $36 million against the Manitowoc County for the injustice.  It should be noted that he filed suit largely because it became known that authorities had knowledge of the actual perpetrator years before Avery was set free, yet took no action to investigate.
Depositions took place on October 11-13, 2005 in the lawsuit to determine whether Manitowoc officials should be named as co-defendants in the lawsuit.  Teresa Halbach was reported missing on November 3rd,  2005 by her parents.  The Avery Auto Salvage Yard was the last place she was scheduled as an Auto Trader photographer.
Police arrested Avery who maintained his innocence.  A few months later they arrested his nephew, Brendan Dassey.  Dassey was underage with a low IQ and mental capacity.  Furthermore, he was questioned without a legal guardian present.  By watching the police interrogations, it appears he grasped a general lack of understanding of the legal consequences of his responses.   Brendan Dassey’s questioning is exactly the type of interrogation that warrants legal guardians to be present during questioning.
Both men were convicted.  There were a number of questionable issues regarding evidence during the trial.  Those were brought up and “preserved” for the record to be used in upcoming appeals.

As we have discussed previously in All About Appeals, an appeal can only be brought to litigate very specific circumstances such as wrong doing during the original trial, newly found evidence,  or a violation of the defendant’s constitutional rights.  Avery and Dassey both had a multitude of appeals.  There were also civil suits brought on by the Halbach family against Avery after his conviction.  The Appellate Court judge presided over the civil case against Avery.   In Massachusetts, the Appeal’s Court sits separate and apart from the lower courts in order for the panel to be completely disinterested.  This idea is for the Appeal’s Court to take a new look at the case and to review the lower Court’s finding.  Judges who sit on this Court do not sit also in the lower court.  Judges on the Appeal’s Court do, however, have history and may have sat in a particular lower Court.  There is currently one chief and 23 associates justices on the panel. For direct  appeals, the Judges sit in sets of three to hear argument.  If there is a connection to a case that renders a particular Judge in conflict, the case would be reassigned to a different panel of Judges.     If the Avery matter were pending in Massachusetts, its highly likely that the case would be reassigned to a different panel to ensure that there was no conflict or bias and that the appeal was determined solely on the facts.  Avery’s current attorney is asking that the Judge recuse herself in light of the fact that she previously sat on a lower court decision.  In Massachusetts, and many other states, there is a process already in place to protect the defendant and this motion would not necessarily need to be made.  It is a process of the system to protect the rights of the appellee.

A key piece of evidence that was used against Avery during the trial was the supposed presence of Teresa’s remains in a burn barrel on the Avery property .  Appellate lawyer, Kathleen Zellner, asked for the remains to be released so that new technology can be used to to test DNA from the bones.  The bones were a key component of the State’s case for the conviction of Avery.  This DNA testing is a type of testing that did not exist at the time of the first trial and therefore may have never been done.  This amounts of evidence that did not exist at the time of trial.  However, upon the request, Avery learned that that the bones were allegedly given back to the Halbach family, a direct violation of law in the Wisconsin case.  How would this play out in Massachusetts?
In a case I argued on appeal, the defense went to trial without a very important piece of evidence.  I argued that the Commonwealth’s failure to disclose the evidence was prejudicial to the defendant.  In my case, the defendant was charged with assault and battery on a police officer.  The allegation was that he struck an officer in the booking area of the police station.  The station had a camera in that area which produces a video.  The defense had requested a copy of the video recording from the booking room at the police station.  The recording was essential because it was the best evidence to potentially show guilt or innocence of my client.  However, when trial counsel  requested that evidence, he learned that the video feed ran on a system that erased the data after a certain period of time and at the point it was requested by the defendant, it had been destroyed.   At trial, defense counsel raised the issue in his closing argument.  The Commonwealth argued that the jurors need not speculate why there was no video.  The trial Judge refused to instruct the jury on this issue.
On appeal, I argued first, that it was the Commonwealth’s duty to disclose this evidence, as it was in their possession, and there was no duty on behalf of the defendant to take further steps to preserve that evidence; Second, that the Commonwealth was ordered to produce the video but failed to do so; Third, that the destruction of the video was prejudicial to my client.  it was a violation of my client’s rights.  He was entitled to have all evidence to his defense; Finally, that lack of a jury instruction addressing this issue was prejudicial to the defendant.   The Court ruled that the trial judge erred in determining that the Commonwealth had no culpability, given that the police department had a video recording of an alleged crime committed in its booking area with which the defendant was charged and thus required no further notification by the defendant to recognize the need to preserve the evidence, and also erroneously failed to consider and then weigh the Commonwealth’s negligence.  The Court further rules that the video was material (as found by the trial judge) prejudice to the defendant arose from the combination of the Commonwealth’s failure to preserve and produce the video, the judge’s declining to instruct the jury on how to consider the evidence, and the prosecutor’s argument to the jury that they should not speculate why there was no video.
You can read more about that case here:  http://masscases.com/cases/app/89/89massappct328.html

In the Avery case, if there is evidence that can exonerate a person, it is essential to the case.  Evidence cannot be destroyed or disposed of during the pendency of the case (including appeals).  Anything may be called into question at a later date and it is reasonable to believe that a person’s body may be needed to test for DNA as scientific testing advances.  In this situation, all appeals had not yet been exhausted.
If you have been convicted of a crime in Massachusetts and need a skilled litigator with appellate experience, call us.  Christine can speak to you in a free phone consultation to be sure you are hiring the right person.  Calling us costs you nothing.  Doing nothing could cost you everything. Contact us here for a consultation.